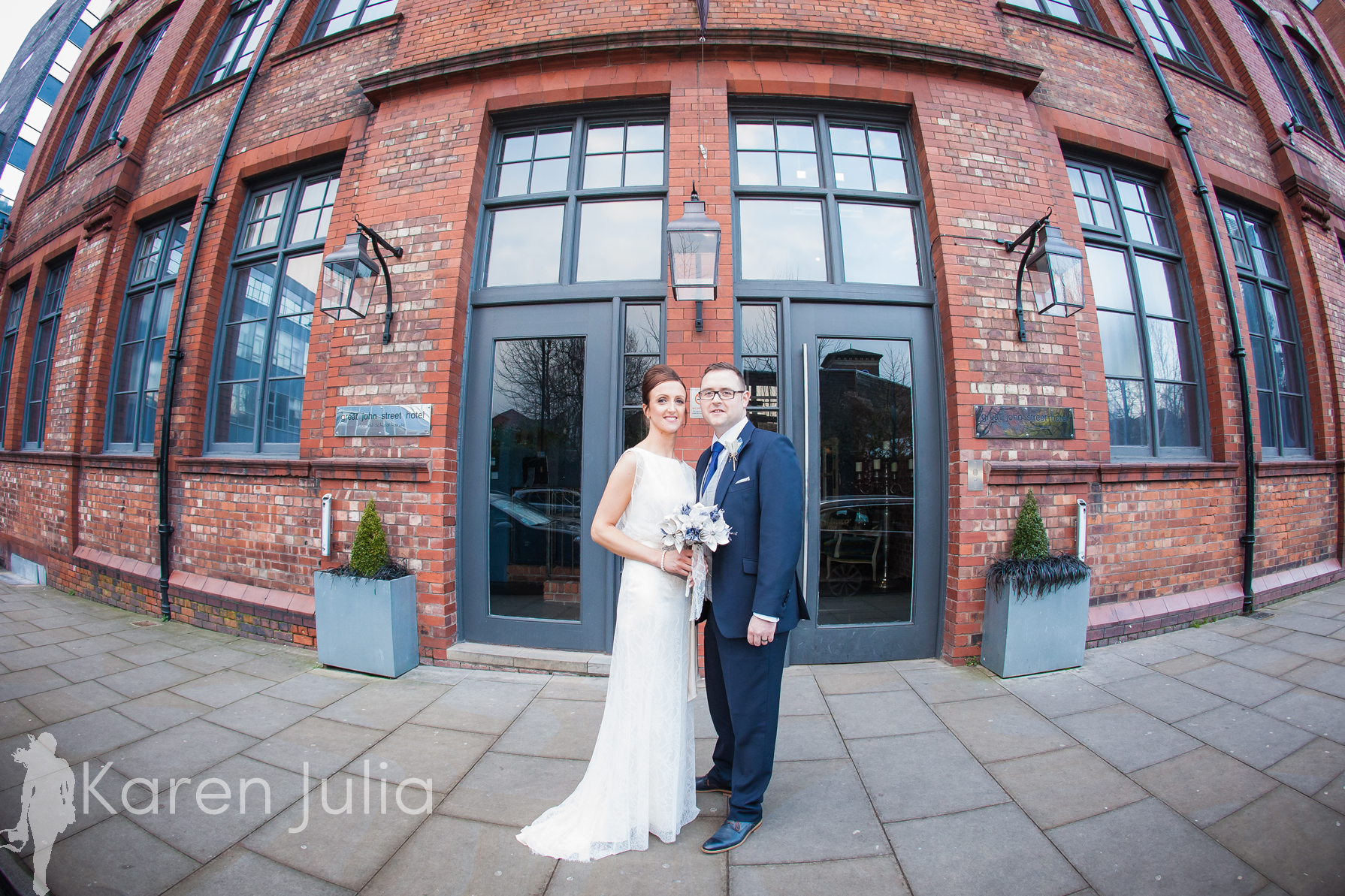 When we initially met, Tasha & Des told me of their plans for their Great John Street Hotel Wedding on Valentines day that featured roof terrace drinks, bowl food, live singer, and group photos in Castlefield. I could see that they totally wanted to get as much out of the day as possible and that it was gonna be a crazy whirlwind! A whirlwind is what it was, but the weather was on our side, the taxi was on stand-by, and everyone was up for getting the group photos Tasha & Des wanted. After the ceremony though, there was still time for drinks and catch up with guests. We headed to the taxi, first stop Castlefield. We had initially planned on using the canal side house in Castlefield, but sadly some improvement works to the canal closed off access about a week before the wedding, so an alternative plan was put in place, and we used the area near the Wharf Pub, followed by a few shots at Deansgate Docks. Then it was back in the taxi to head back to the venue via the decorations for Chinese New Year in Albert Square. What an ace day!

If you’re planning a flying visit to Castlefield on your wedding day too, I have some advice over on my Castlefield Rooms Wedding Photography page. 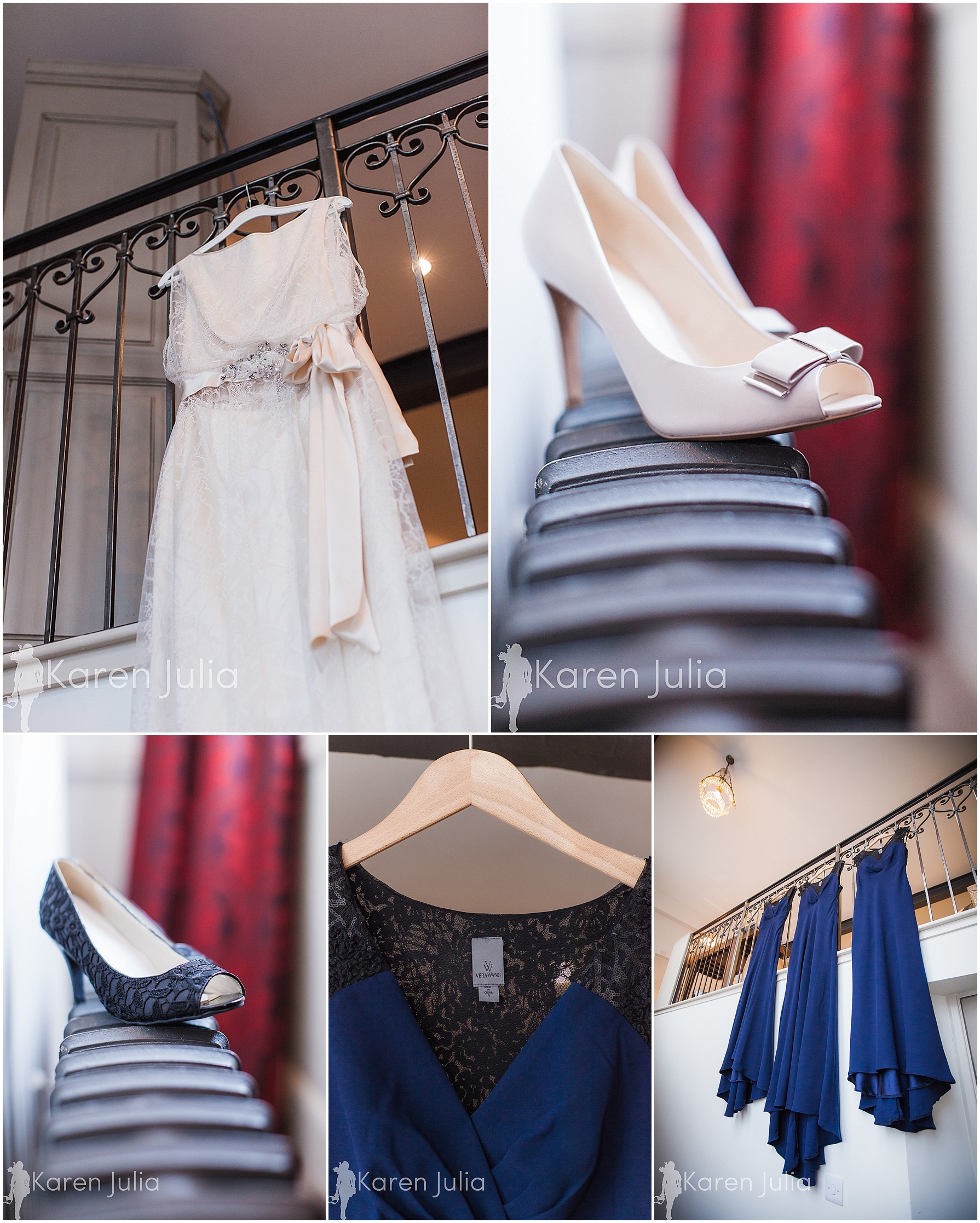 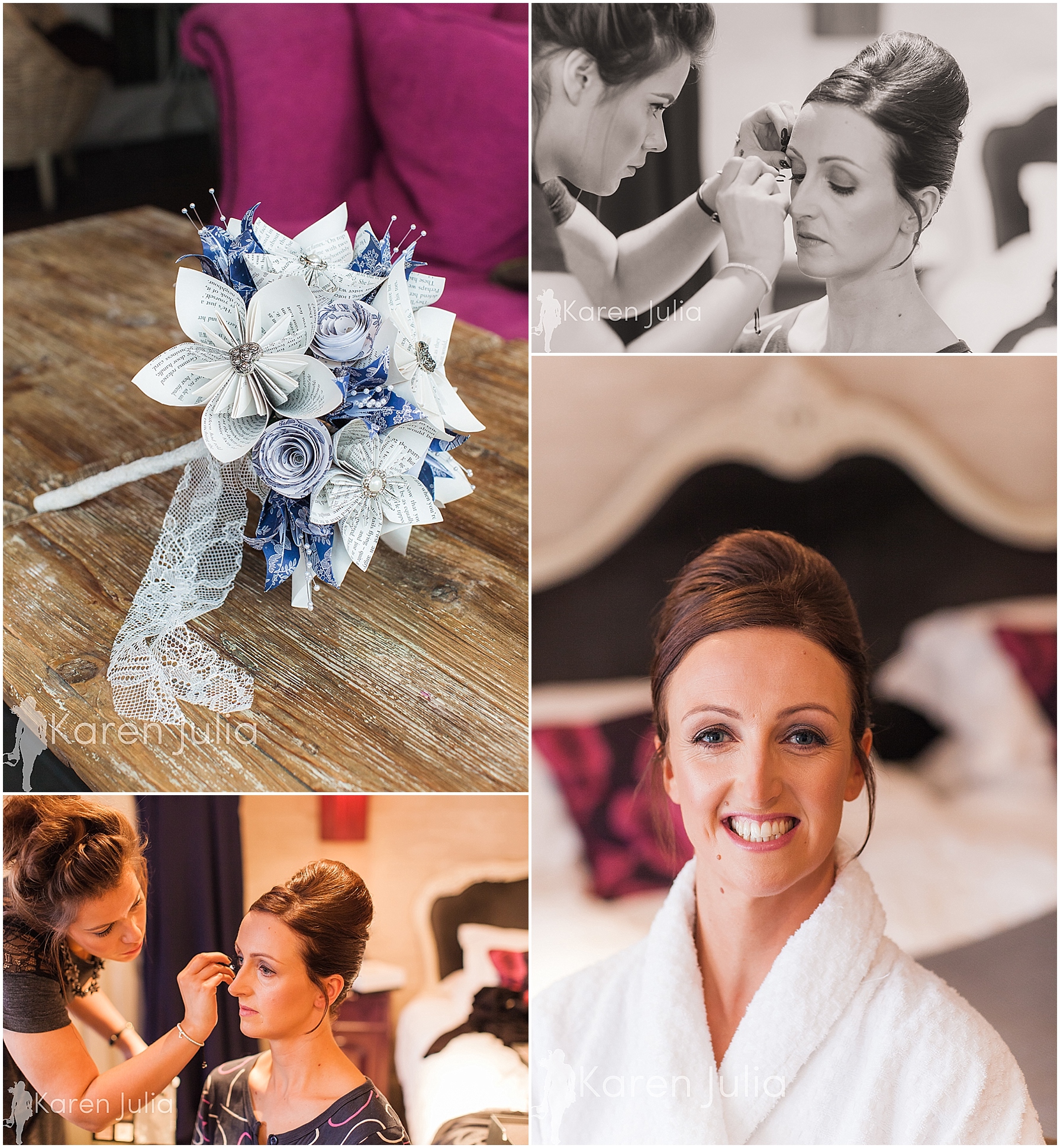 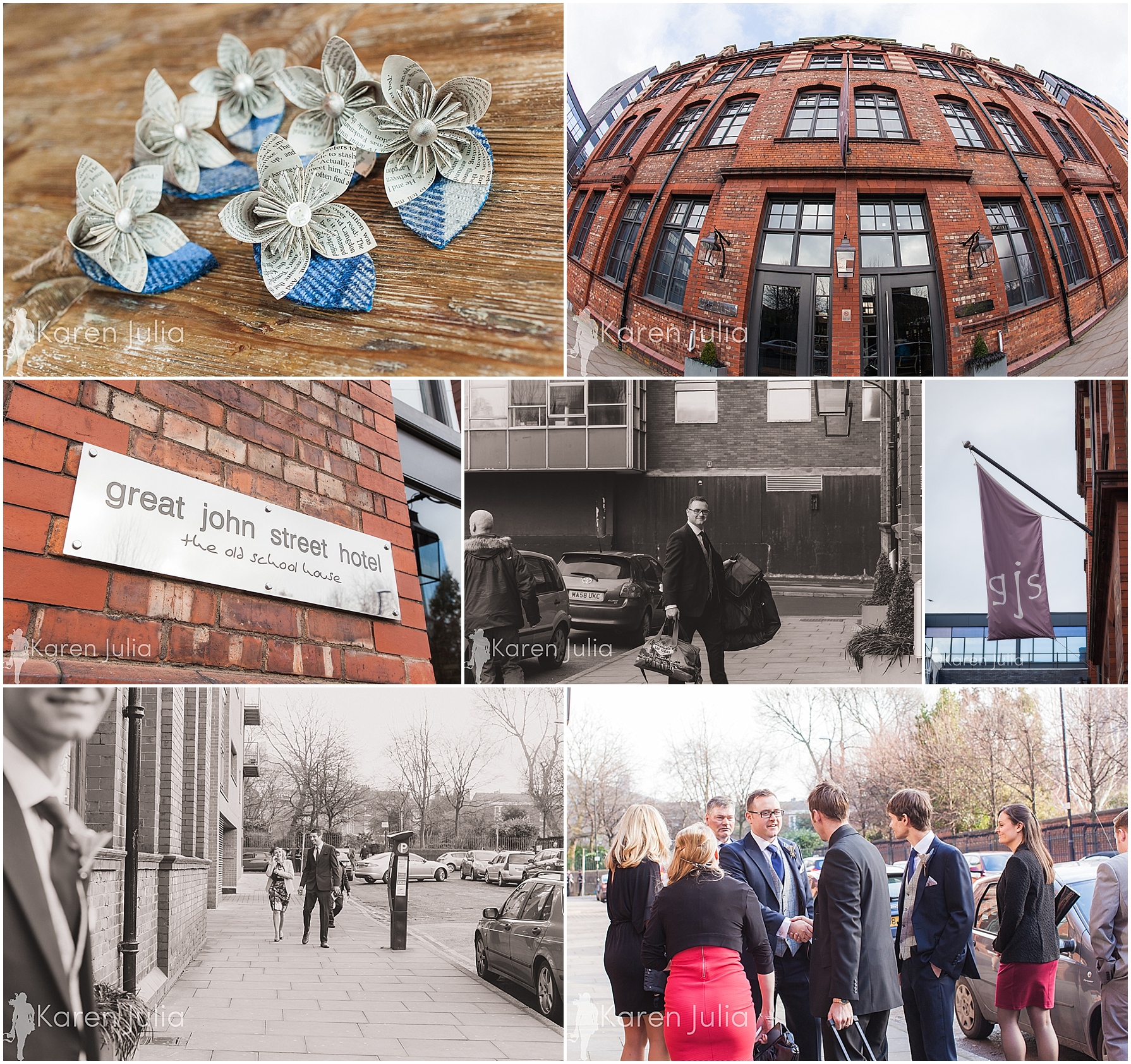 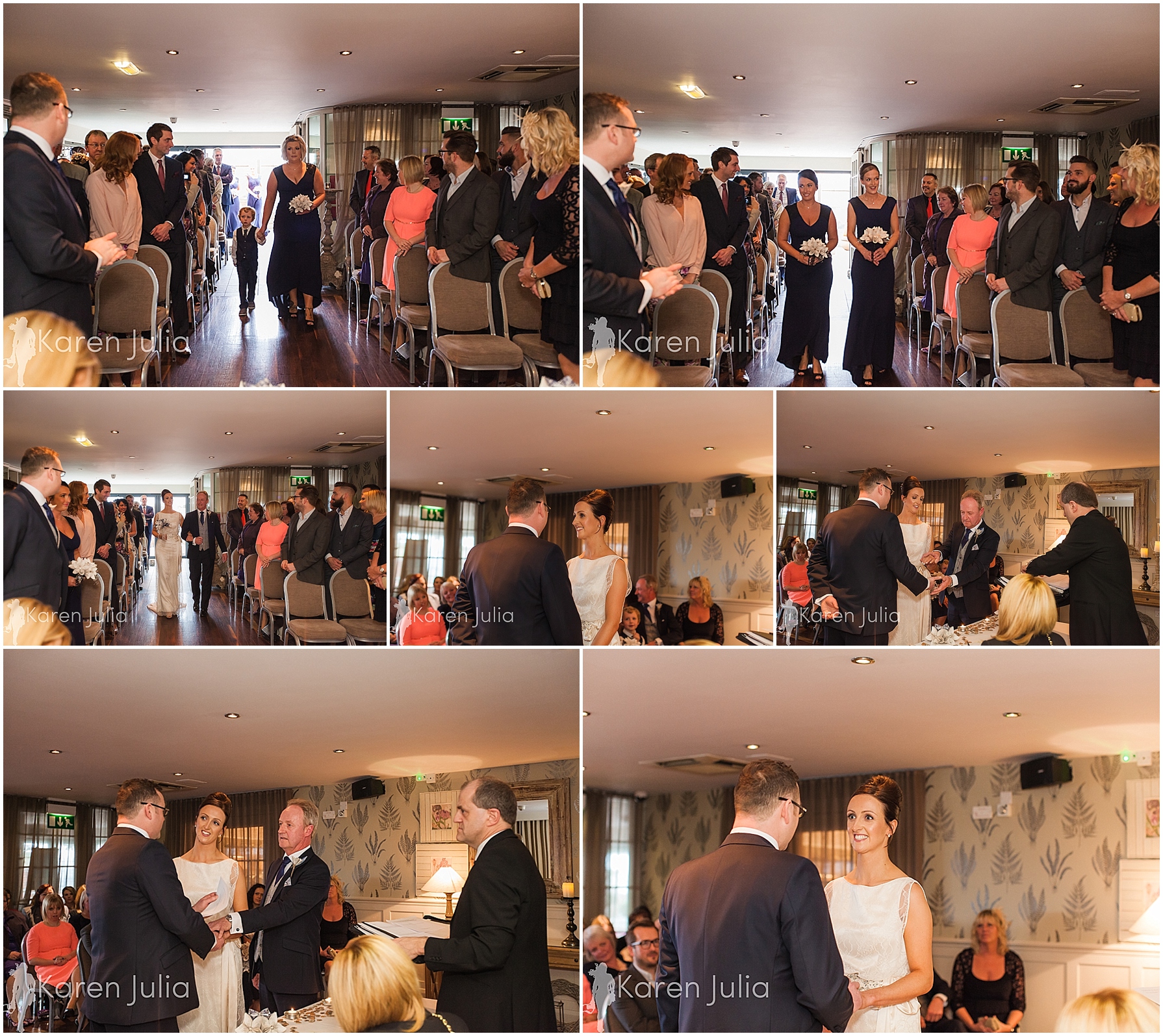 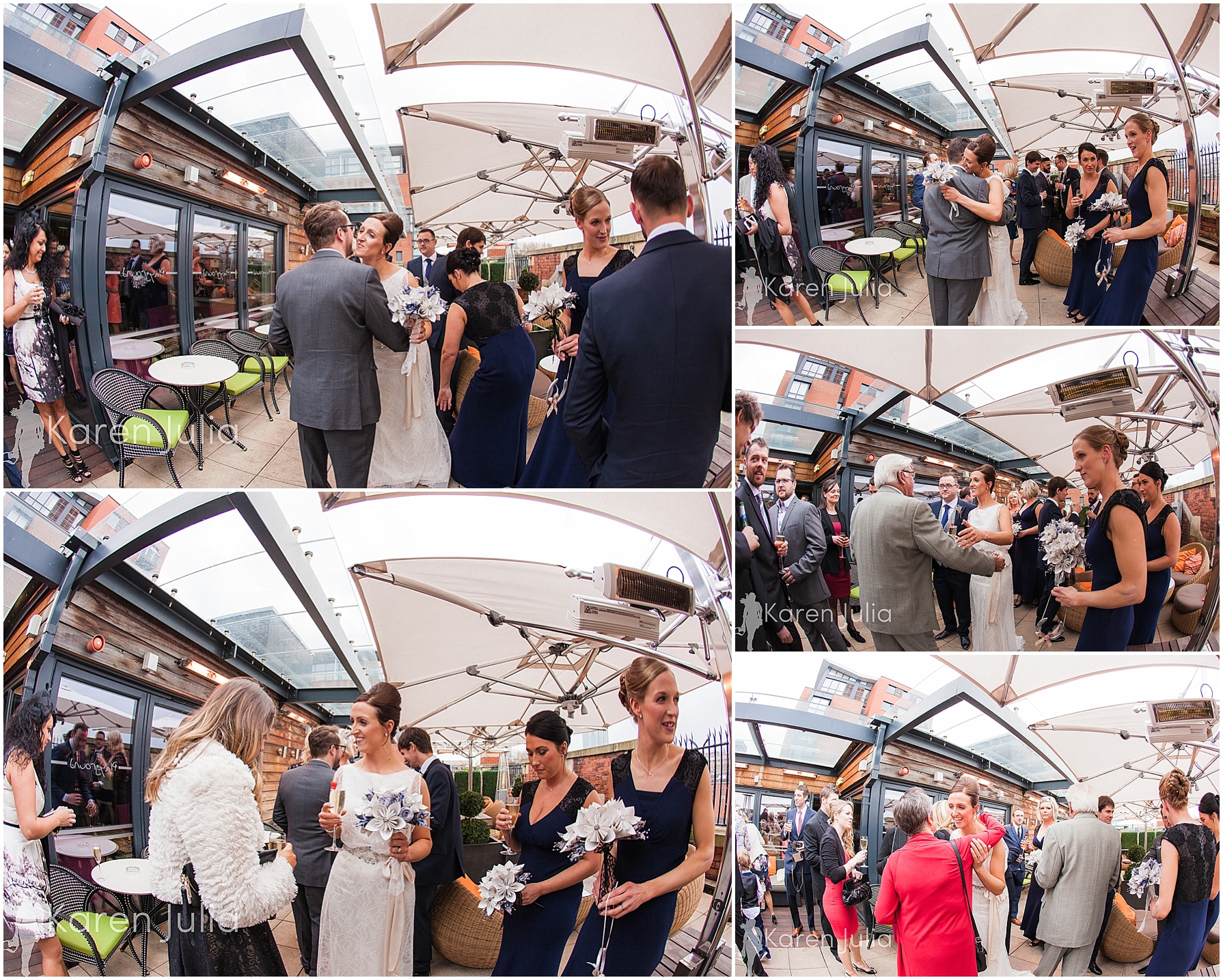 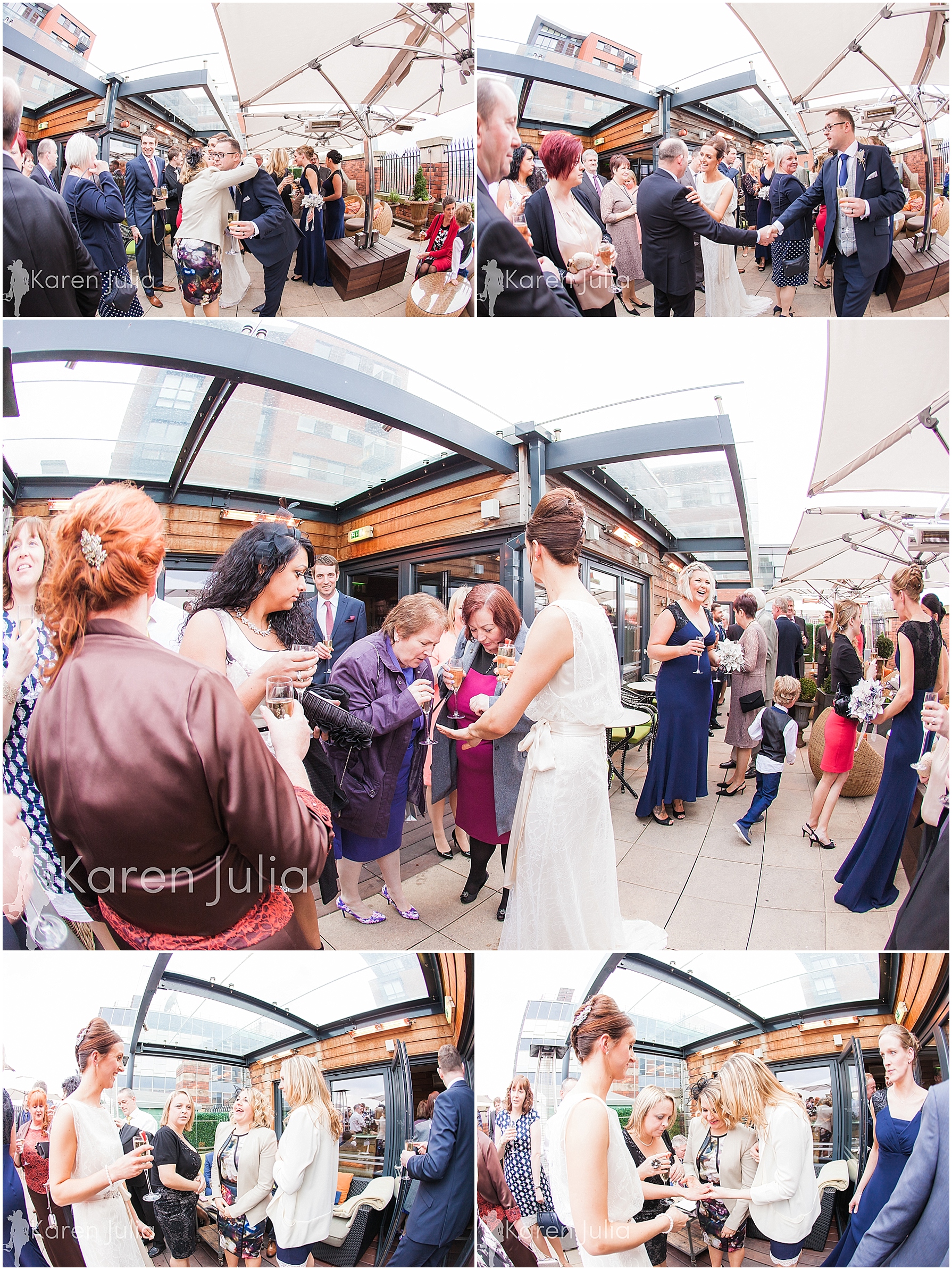 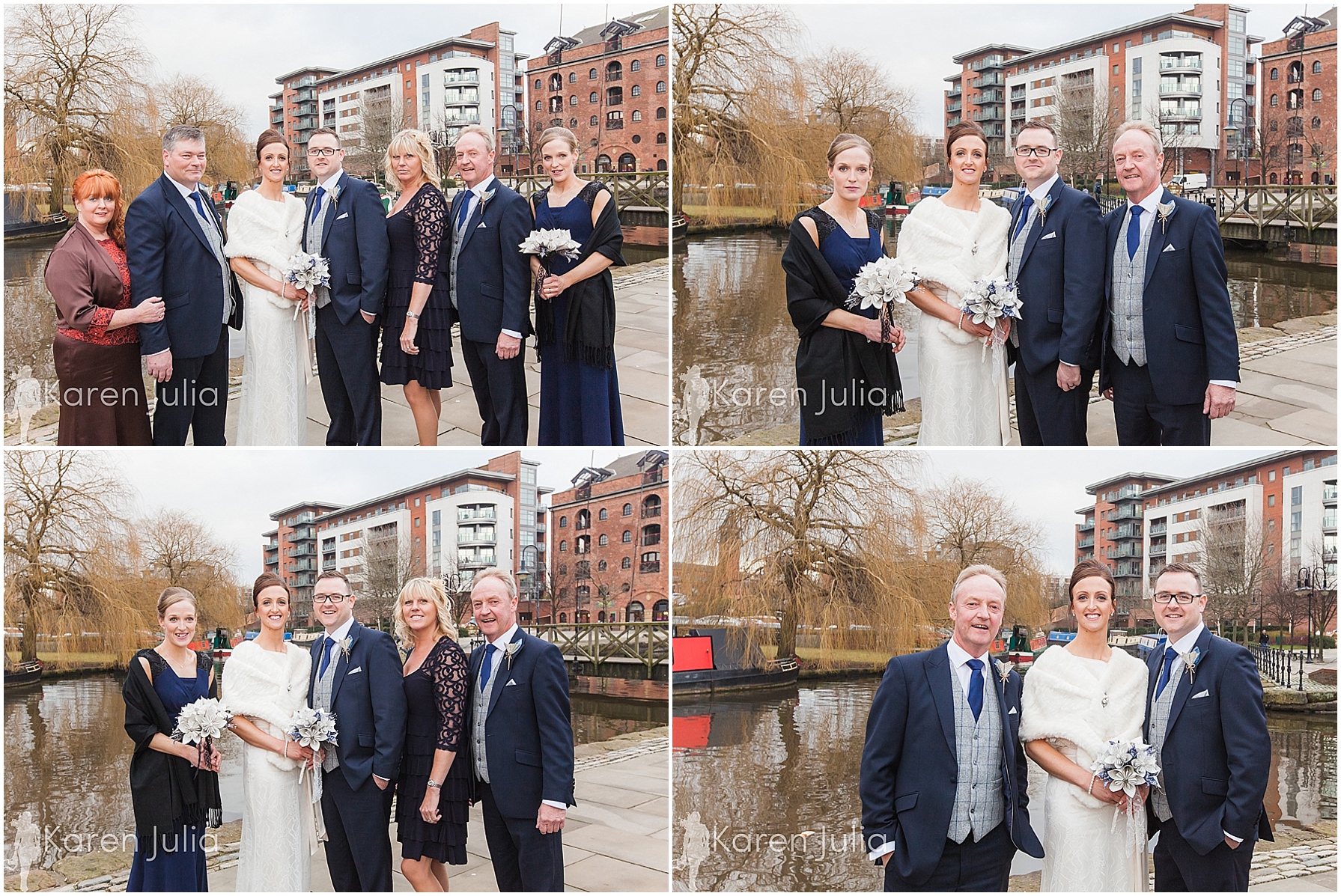 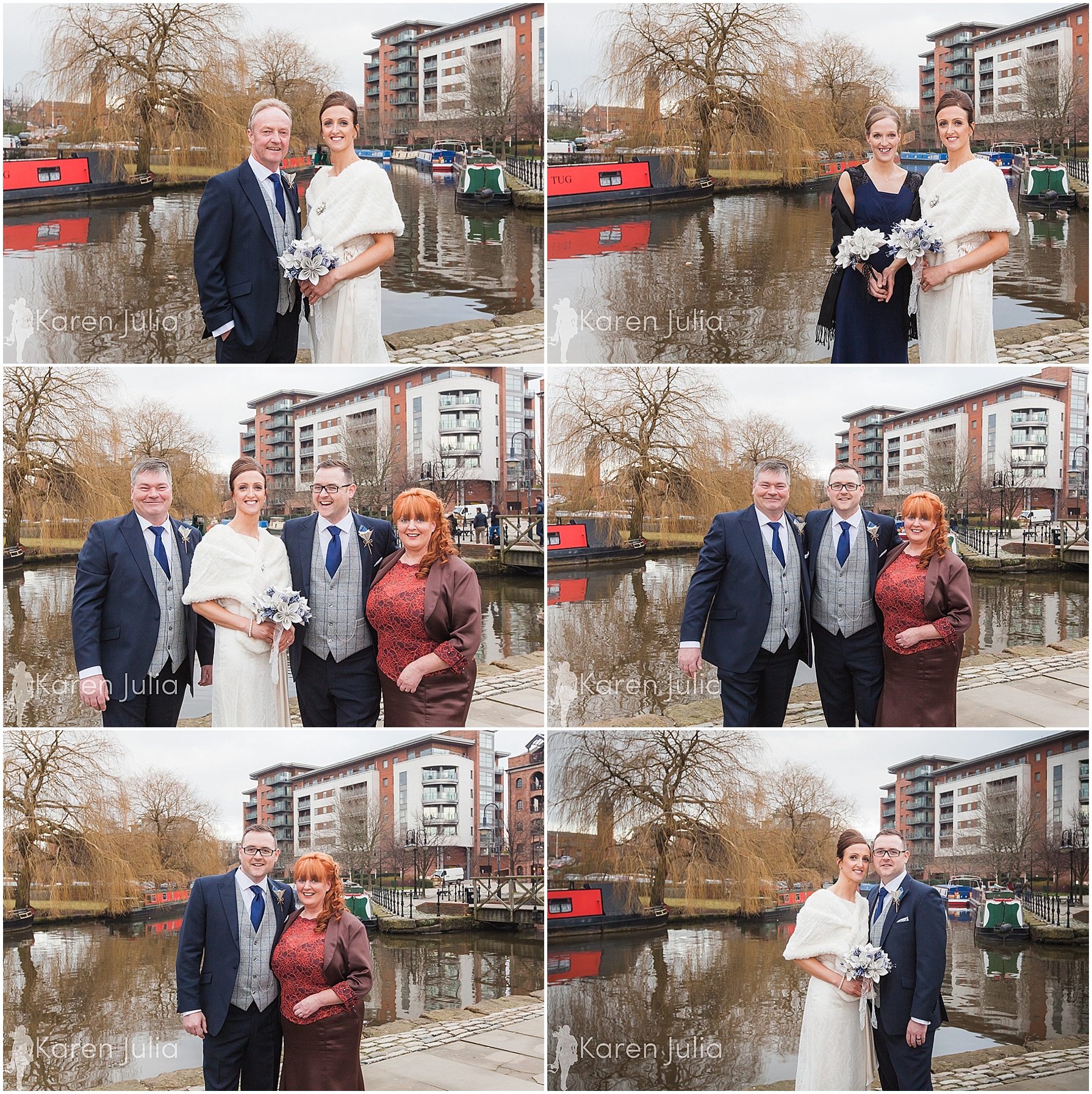 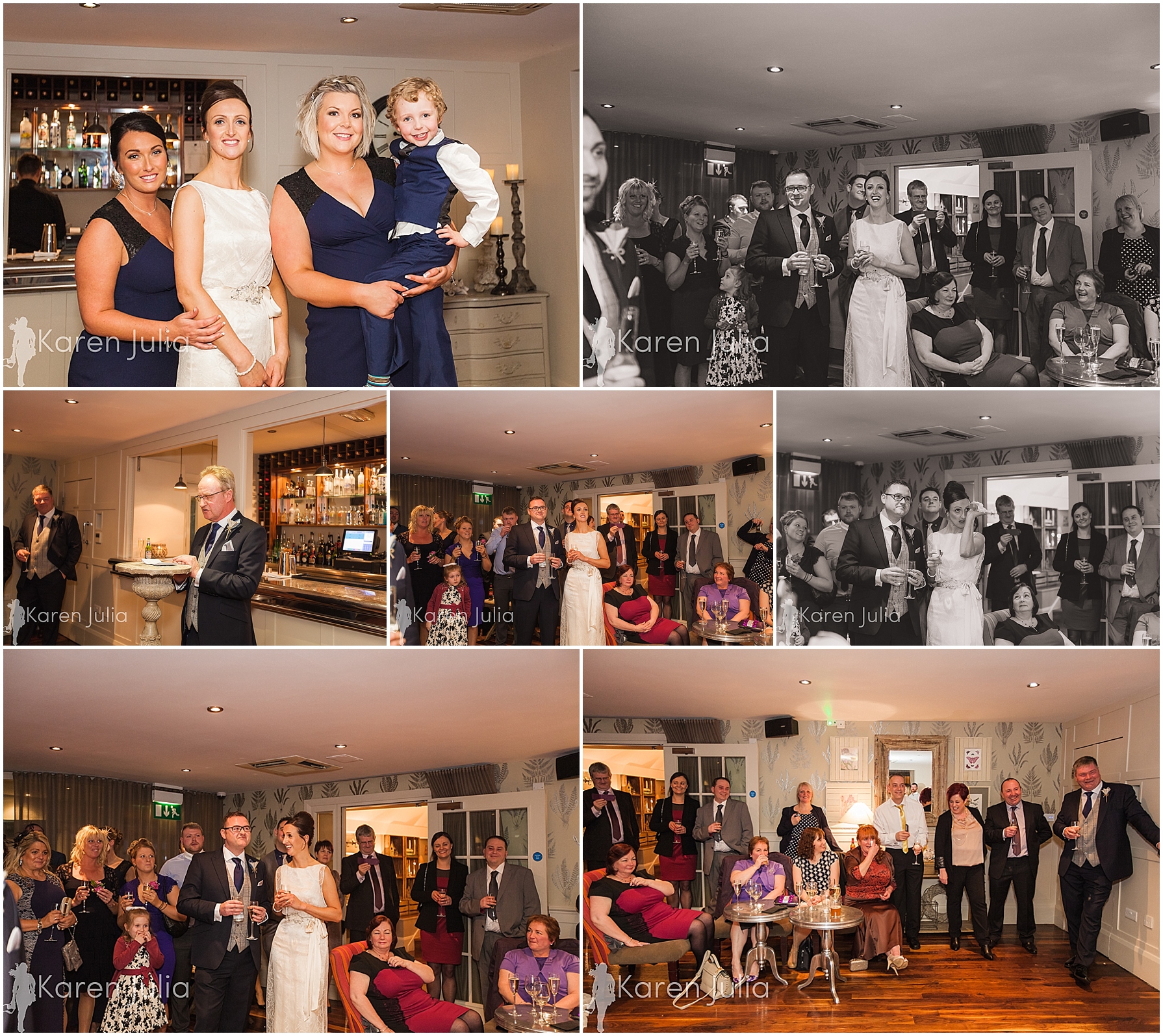 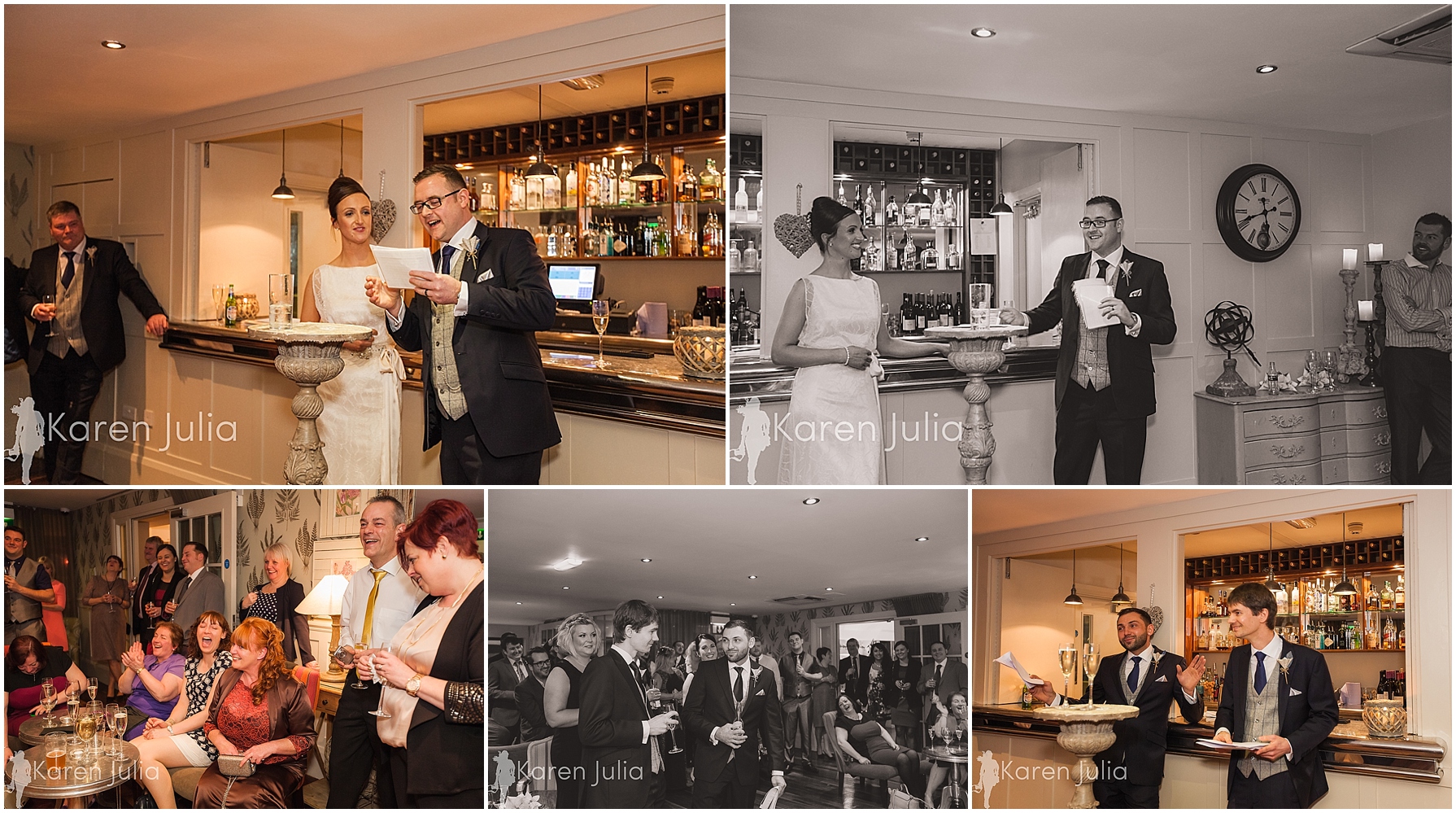 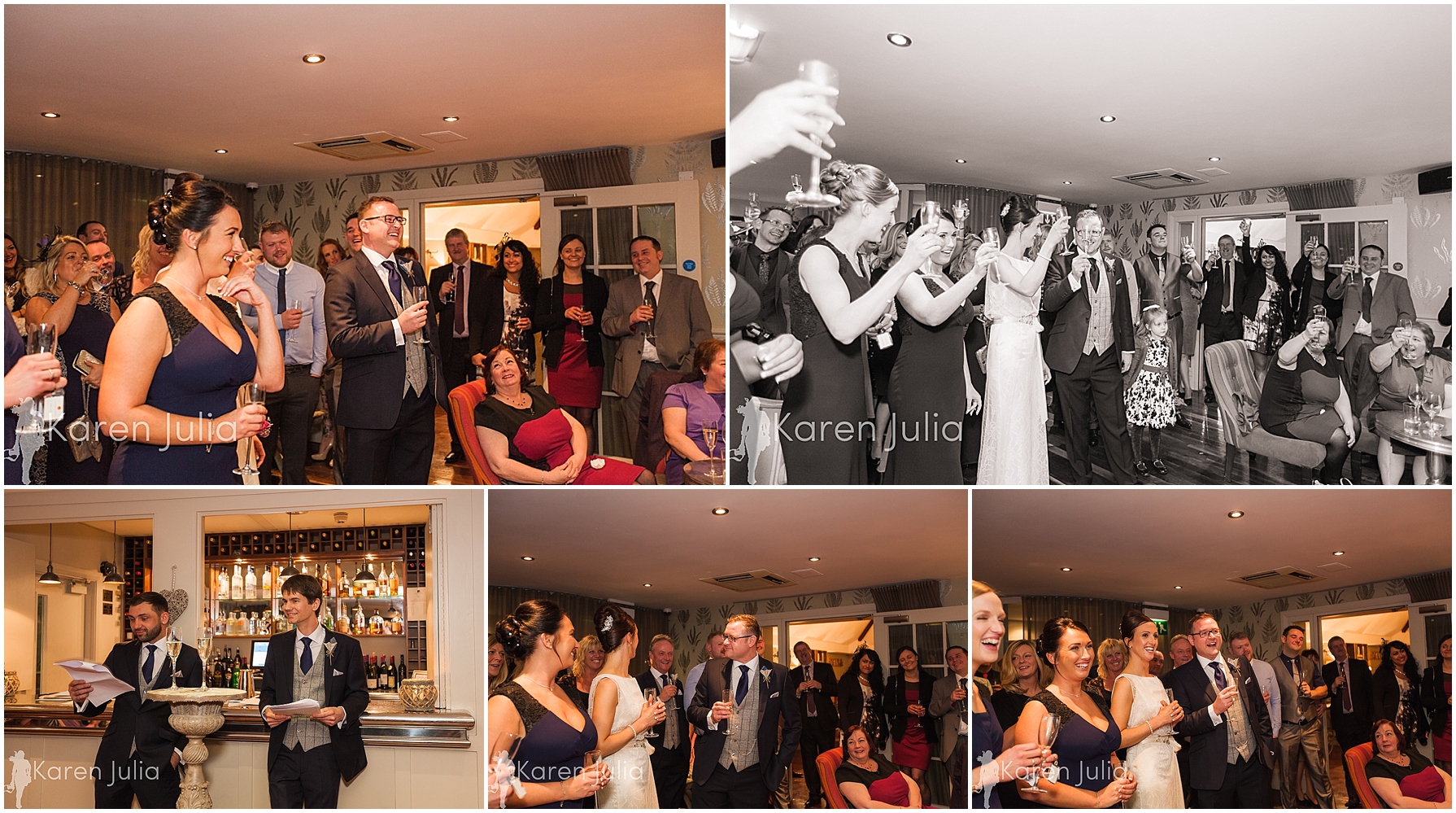 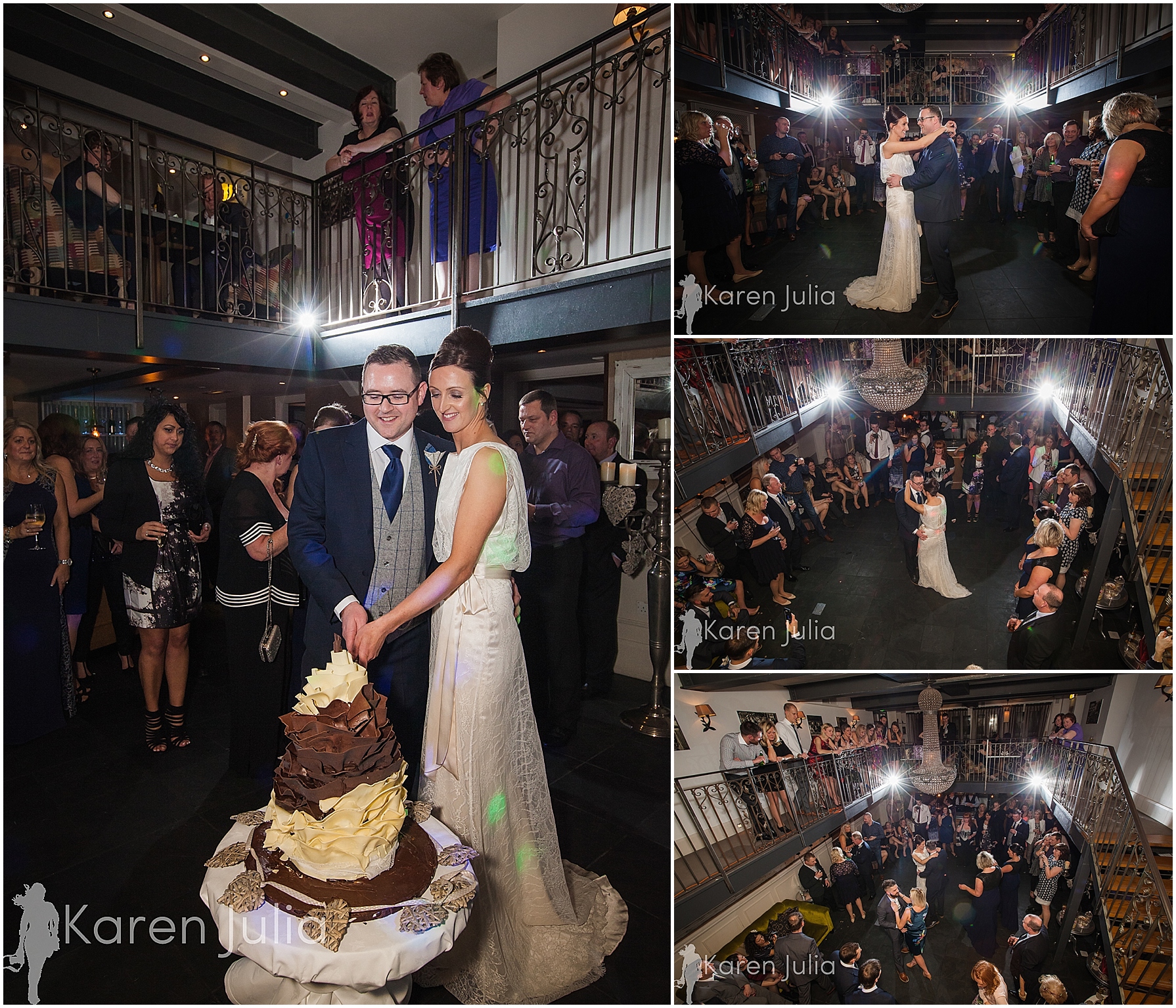 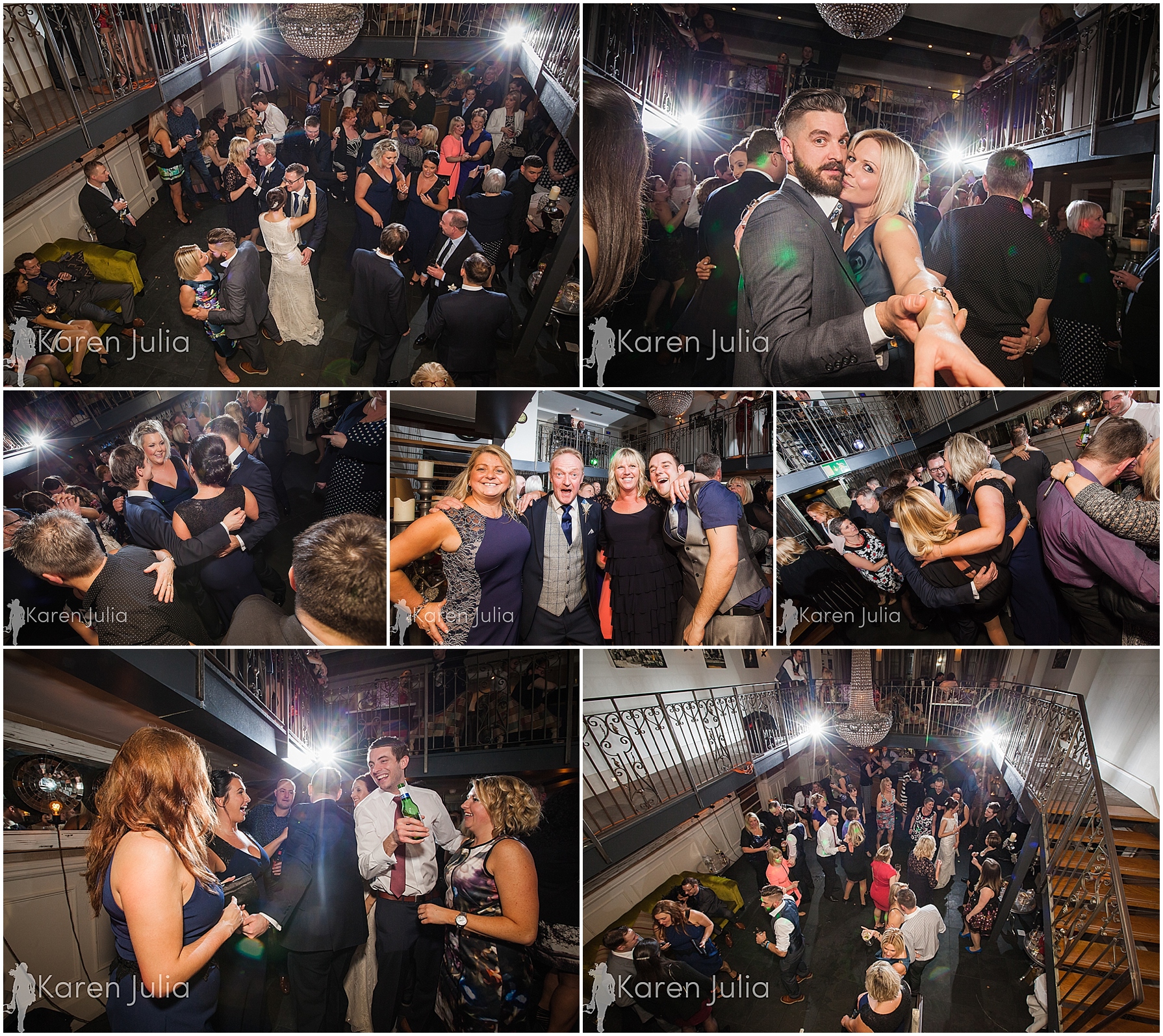 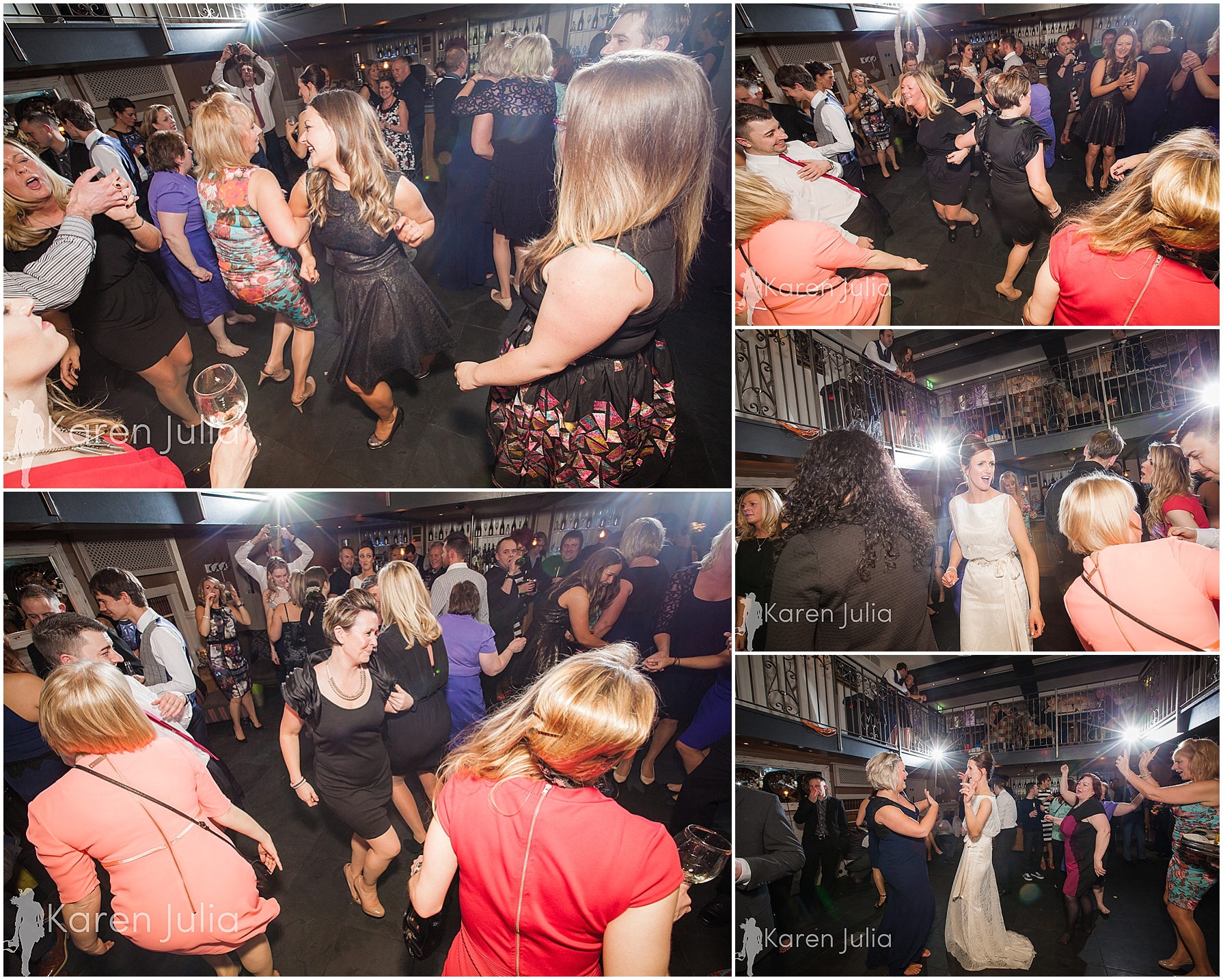 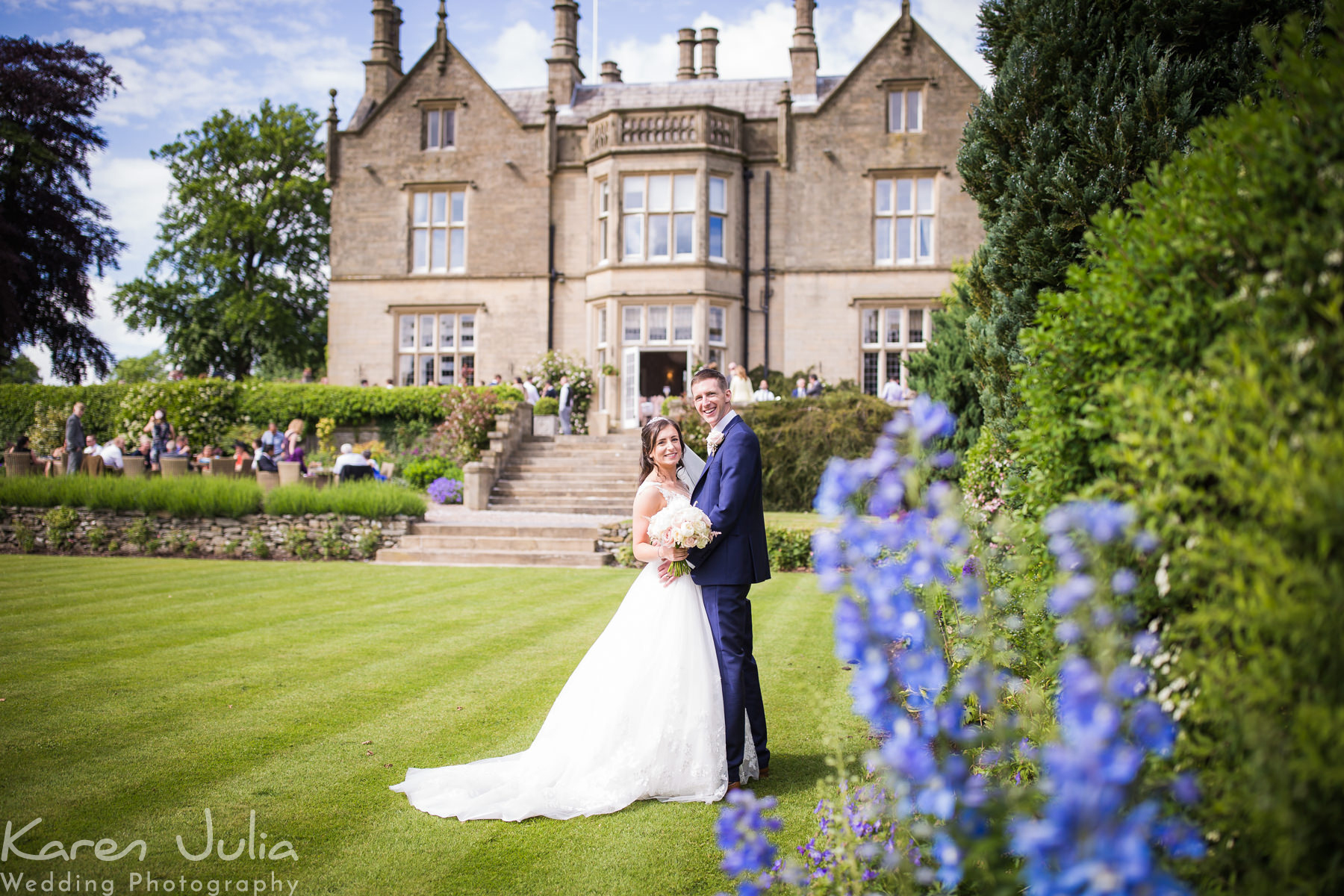 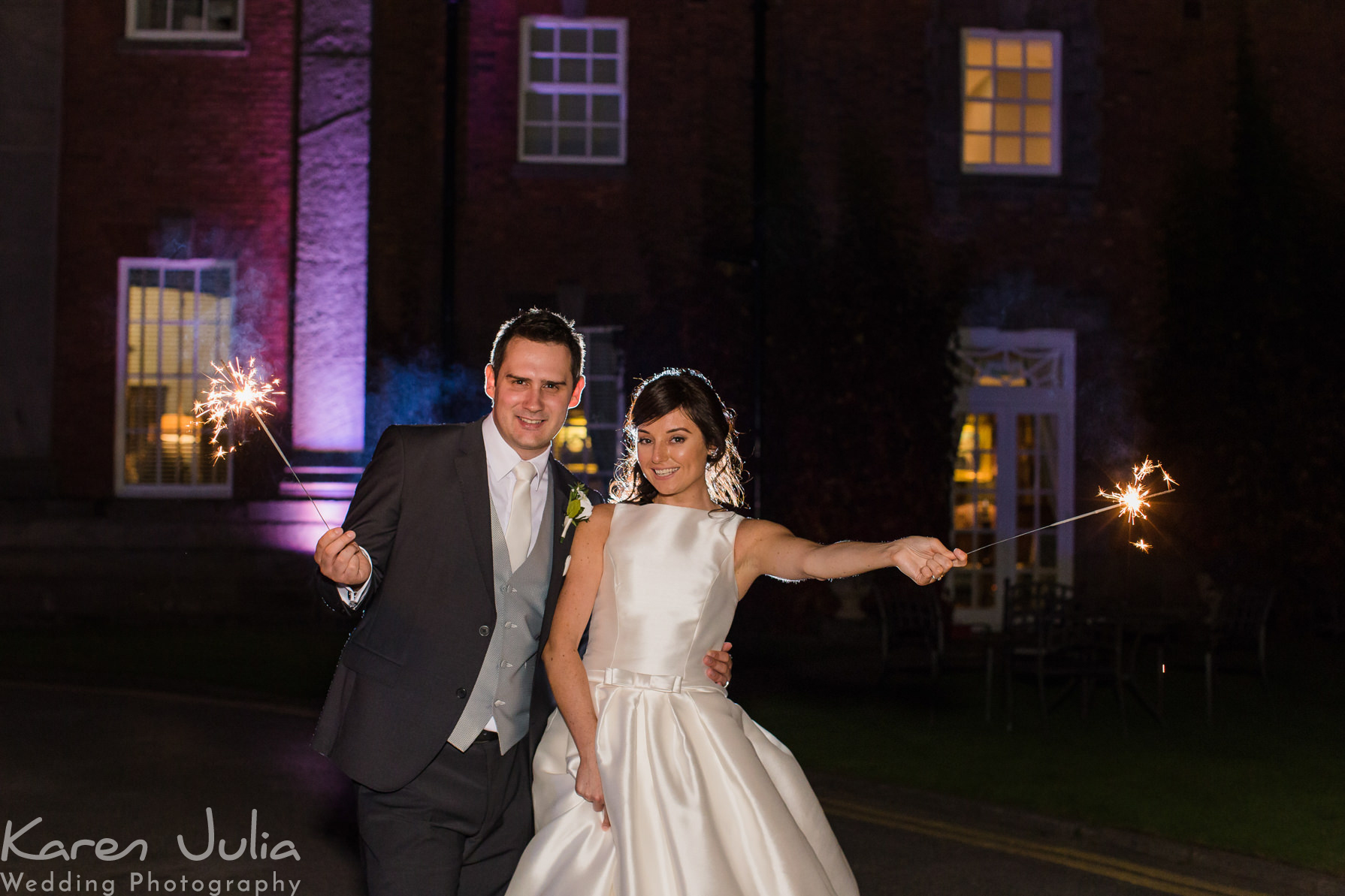 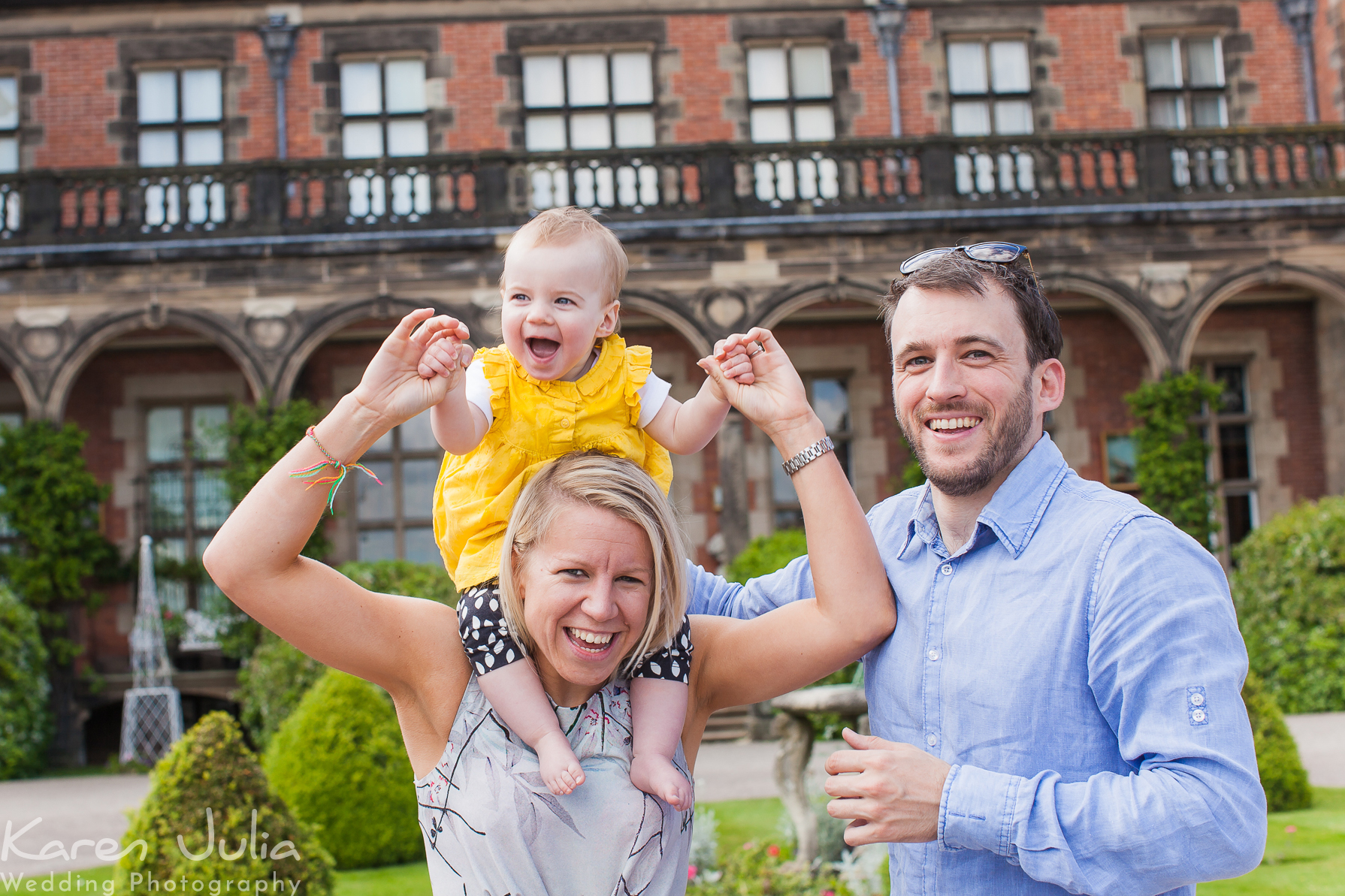